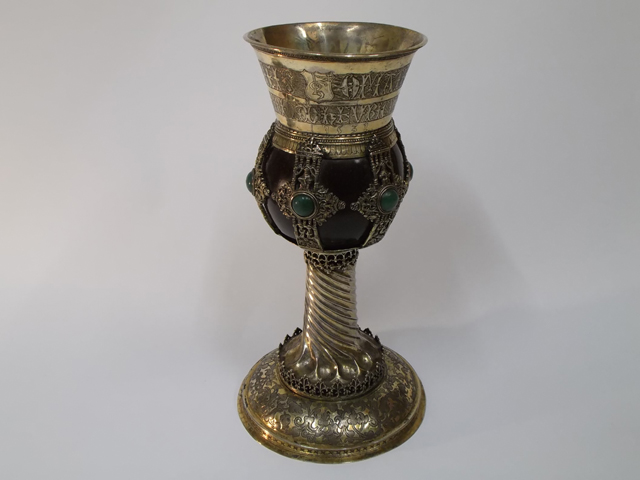 The cup is made in four sections. The upper part, flaring to the rim is silver-gilt. The main section is formed of a coconut cup, mounted in silver and silver-gilt; six identical cast straps, each contains a green stone, identified as chrysoprase; above the stone is God the Father, supporting the crucified Christ, below are two male figures in clerical or academic dress, the left hand one holding what looks like a baby. The stem is spirally fluted with crowns above and below; it is joined to the part above by a three-lug bayonet fitting. The spreading foot, silver-gilt, is flat-chased with renaissance foliage and joined to the stem by a series of lap-joints. 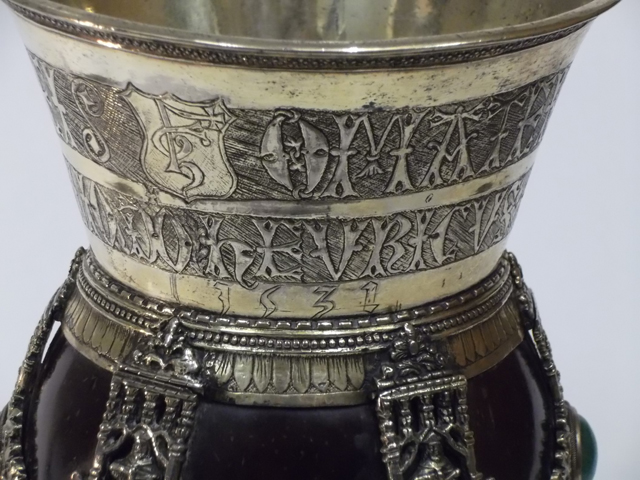