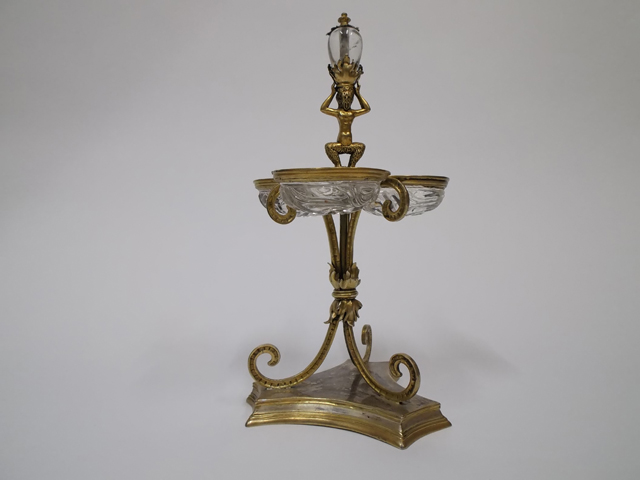 The standing container is formed of three small carved rock-crystal bowls on a triple scrolling stand. The finial is formed as a grotesque double-sided figure with satyr's legs, male on one side, female on the other, holding up another piece of rock-crystal. Engraved beneath the foot is a book.