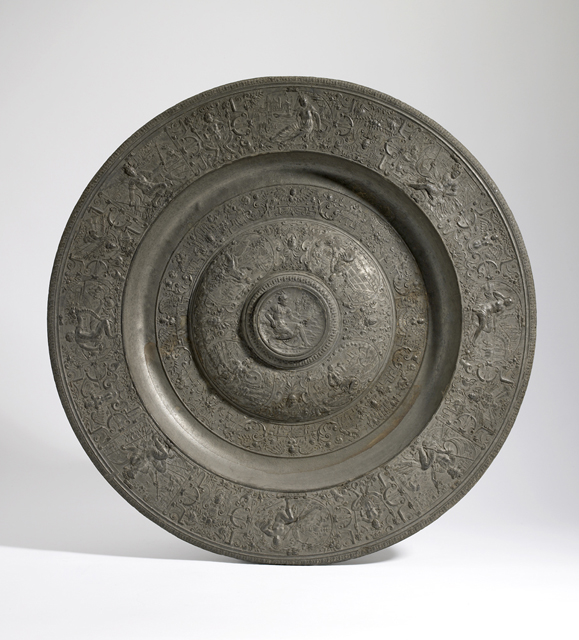 This is a remarkable example of an Edelzinn, literally 'noble or precious pewter', which was produced exclusively for display in France and Germany during the late sixteenth and seventeenth centuries. An important difference between silver and pewter is that the relief ornament is always cast, not embossed, and depends on the production of moulds, meaning that a design could be produced in multiples. As a result, a number of 'Mars' dishes survive - all masterpieces of the Mannerist style. The complex and highly inventive decorative scheme is composed of two main circles revolving around the central medallion of Mars, the god of War. The first ring depicts personifications of War, Peace, Abundance and Hunger, all relating to engravings by French goldsmith Etienne Delaune (1519-1583). The cartouches on the outer ring alternate between personifications of the four continents, Europe, Africa, Asia and America and four ancient rulers - Ninus, king of Assyria, Cyrus of Persia, Alexander of Greece and Julius Caesar. The overriding theme of these images appears to be that the world revolves around war, permanently subjected to the wheel of fortune and the rise and fall of empires. The most probable maker of this dish was the renowned producer of Edelzinn, Francois Briot (c.1550-c.1616) and was most likely commissioned by one of his patrons, Friedrich I, Duke of W 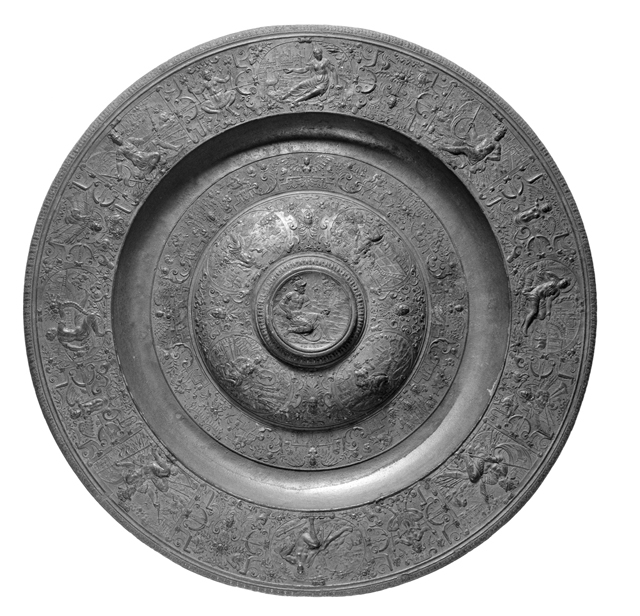 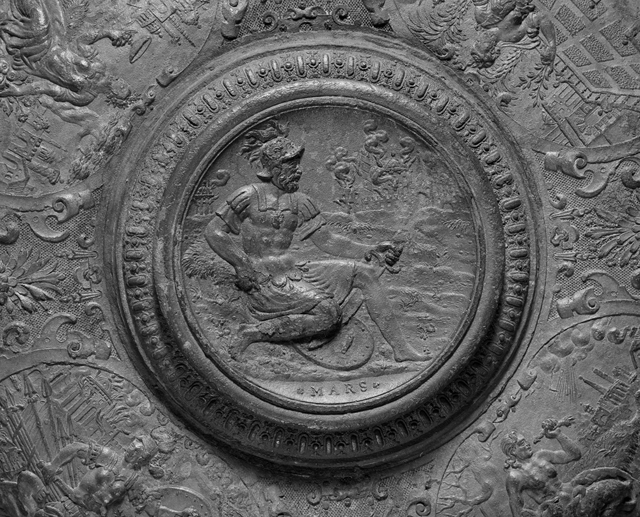 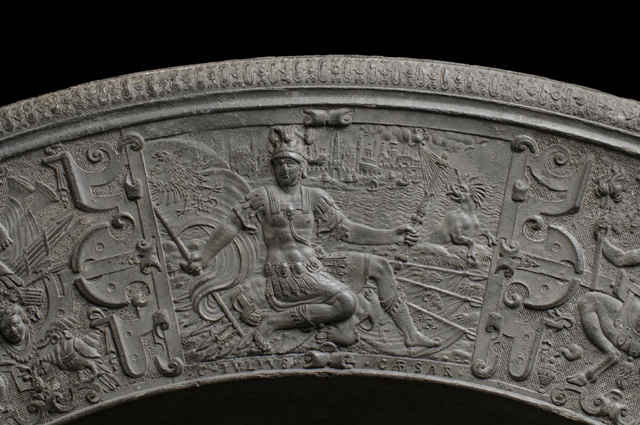 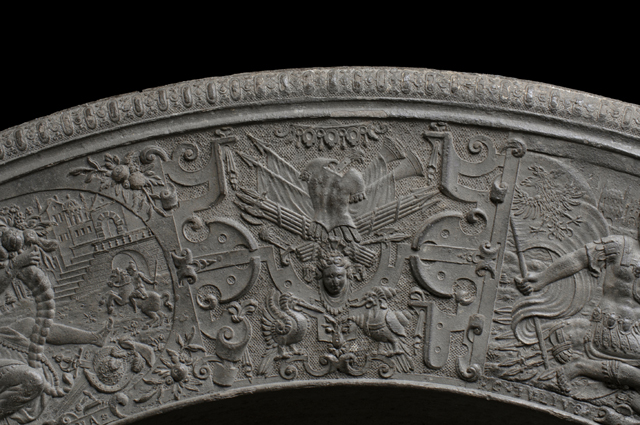 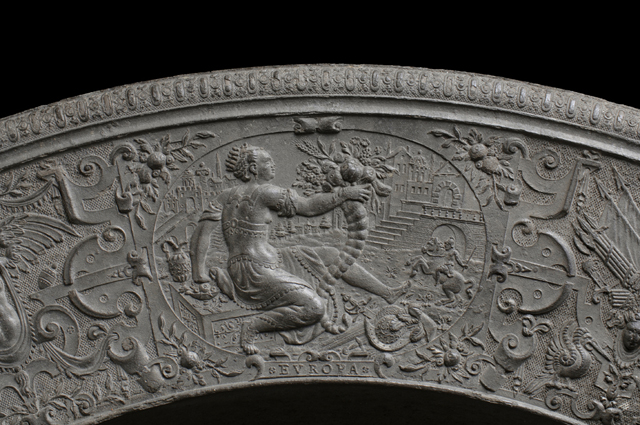 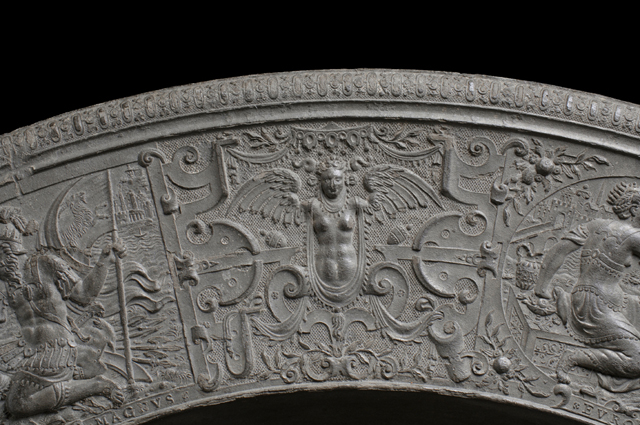 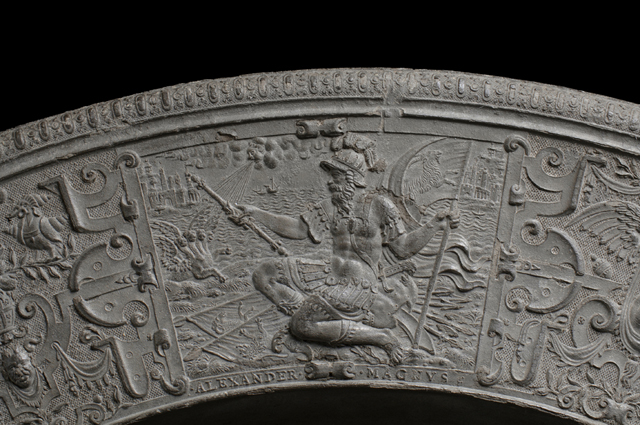 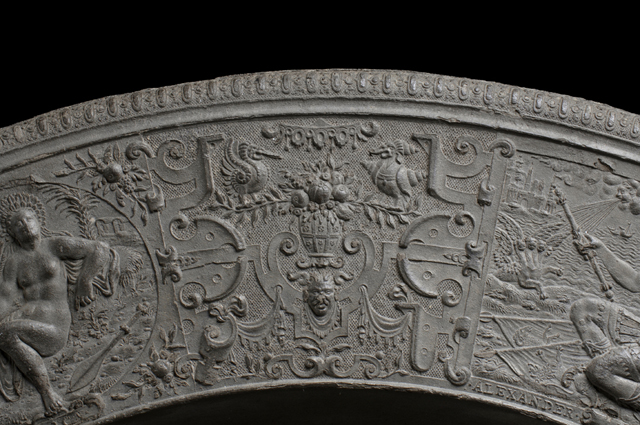 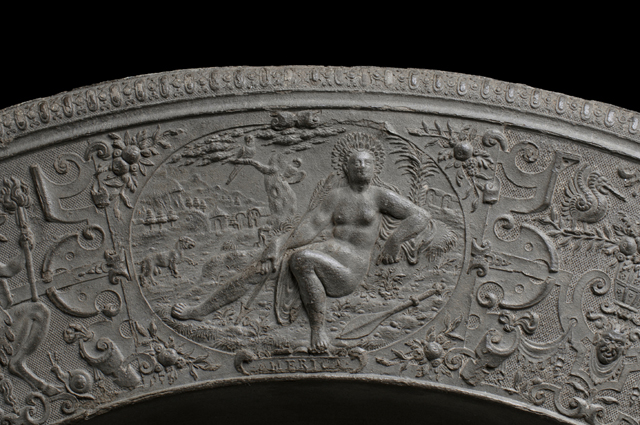 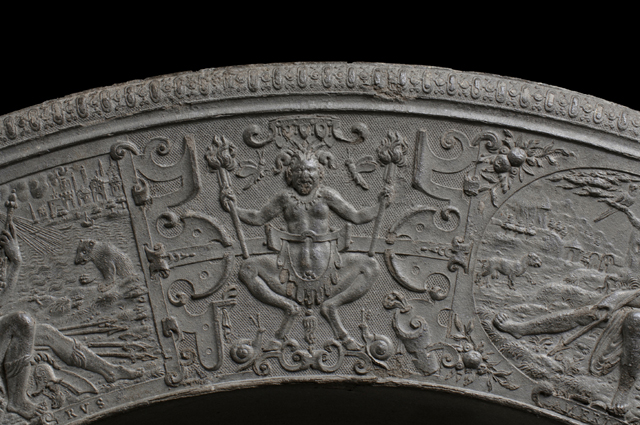 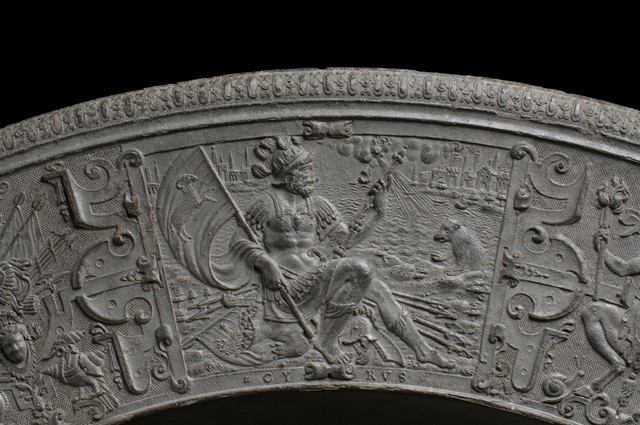 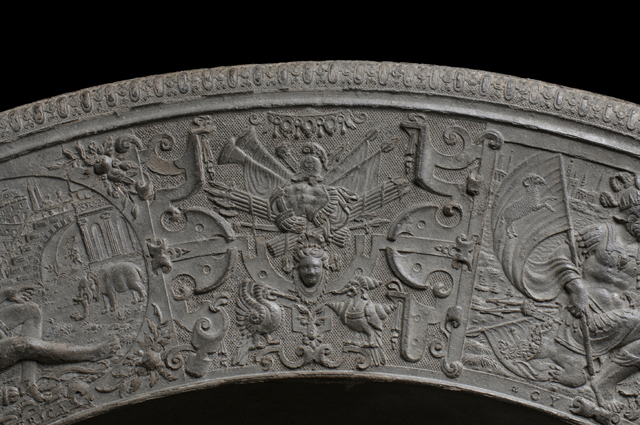 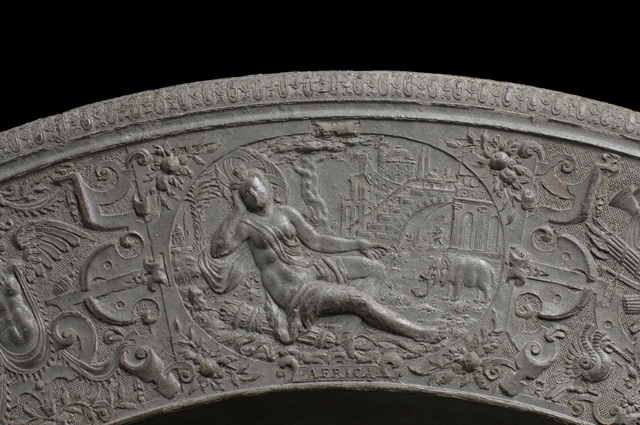 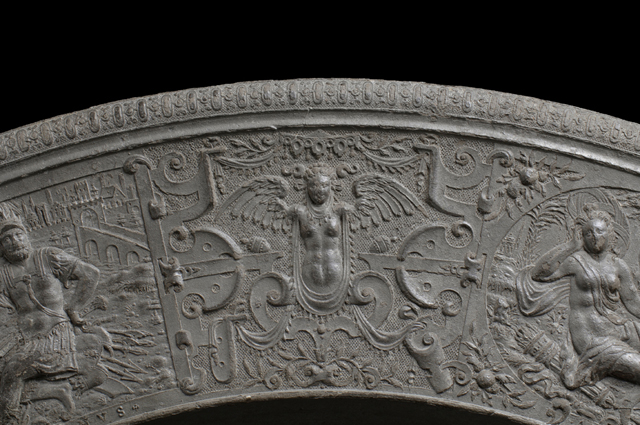 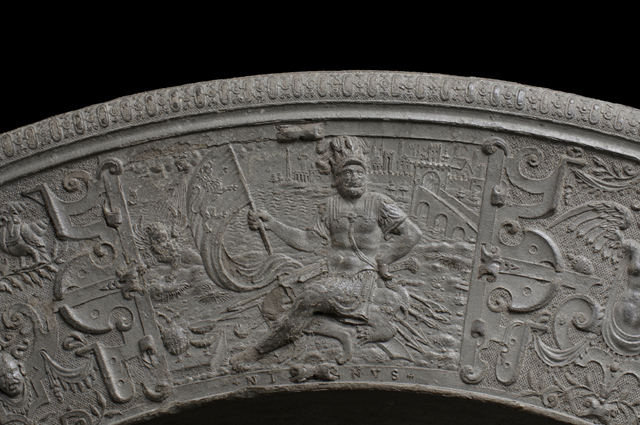 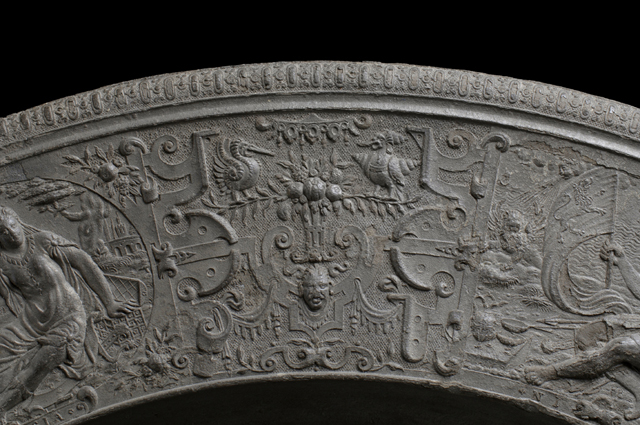 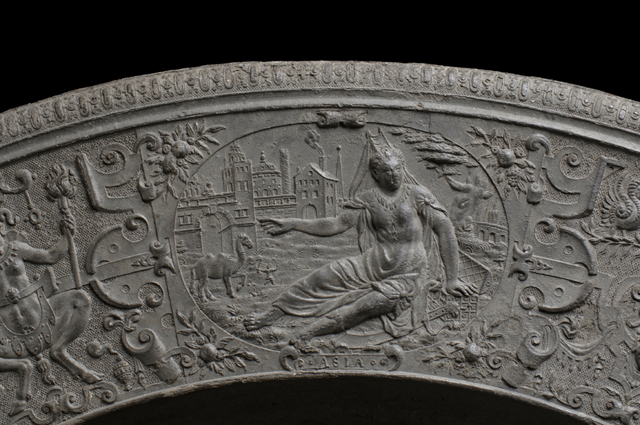 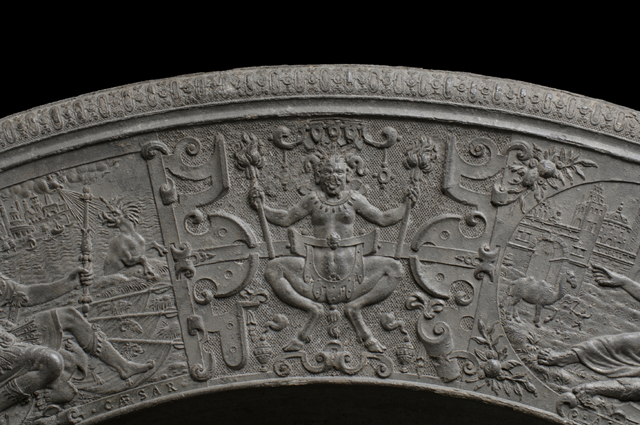 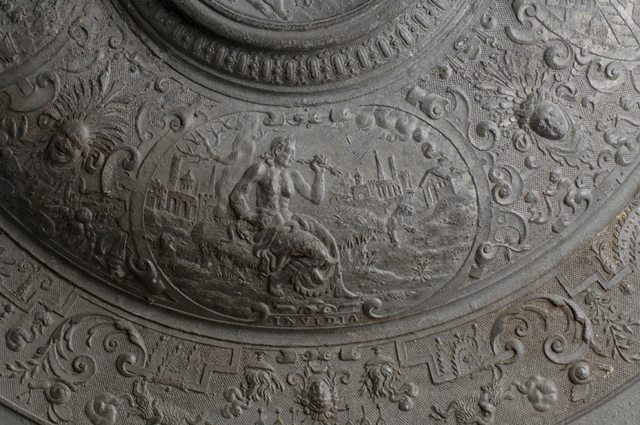 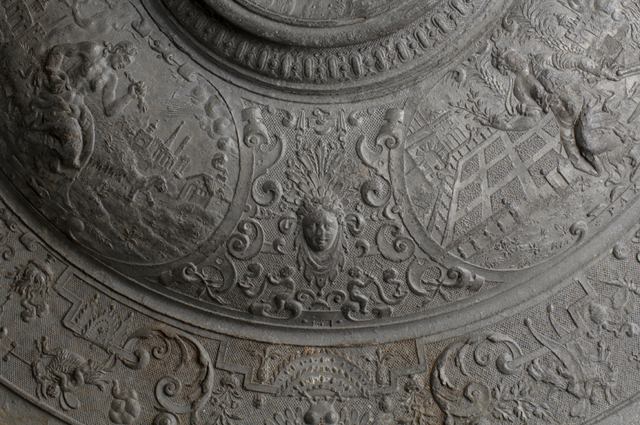 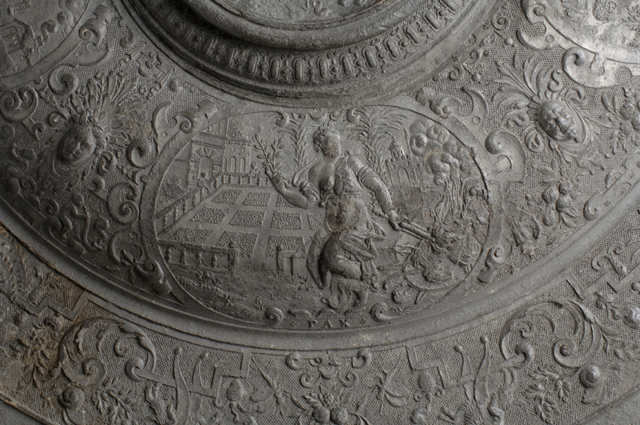 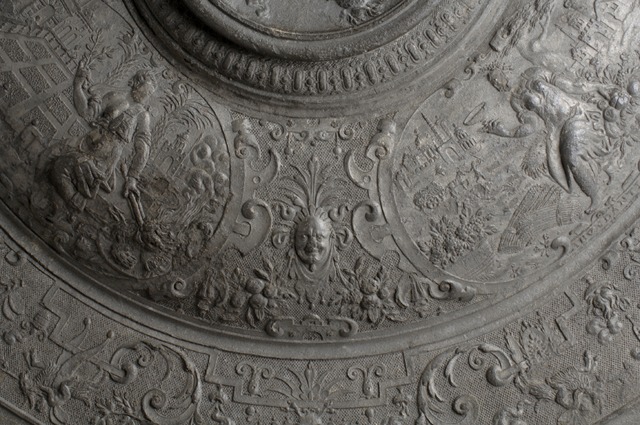 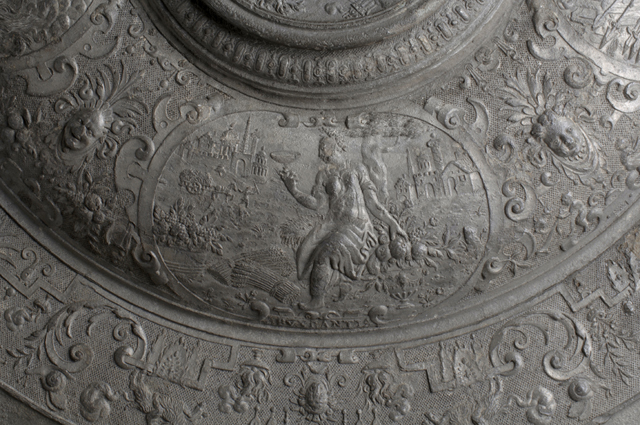 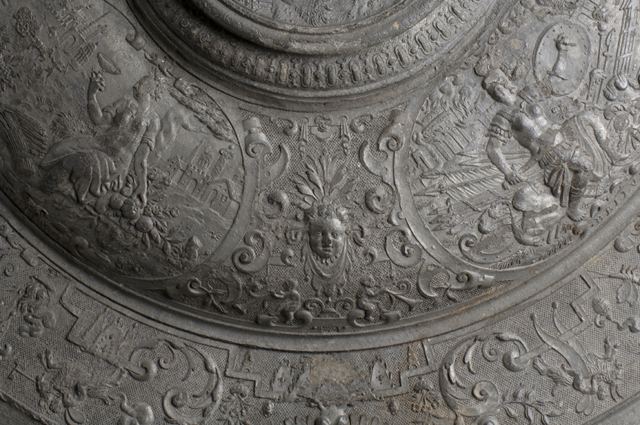 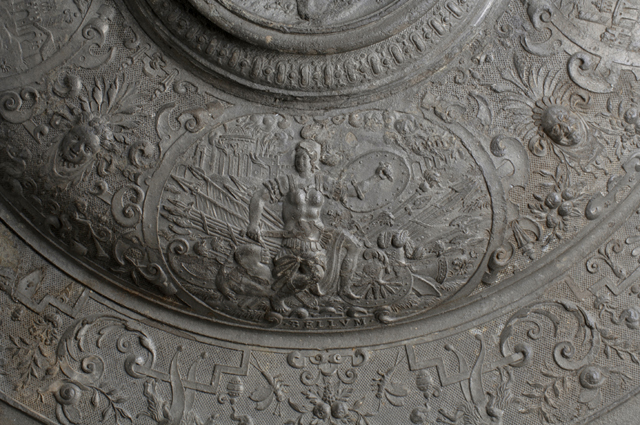 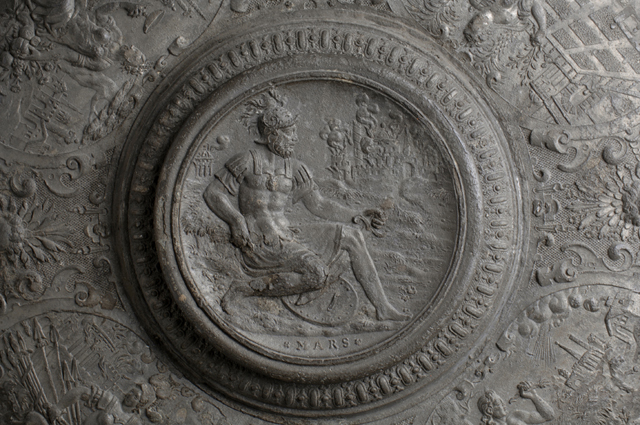