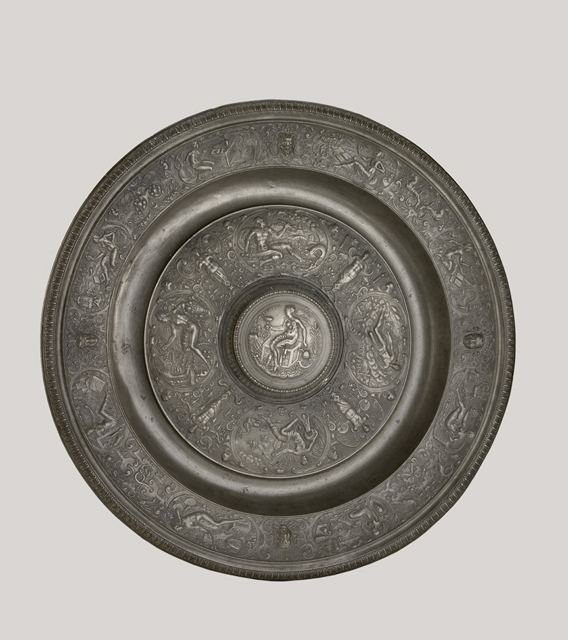 This is an example of an Edelzinn, literally 'noble or precious pewter', which was produced exclusively for display in France and Germany during the late sixteenth and seventeenth centuries. An important difference between silver and pewter is that the relief ornament is always cast, not embossed. Therefore, it depends on the production of moulds, meaning that a design could be produced in multiples. The 'Temperantia' dish was designed by one of the most celebrated makers of Edelzinn, Francois Briot (see WA1888.CDEF.B1119). It was subsequently copied by Nuremberg artist, Casper Enderlein (1560-1633), who took credit for the design. The Museum's version is one by Enderlein. The bands of decoration, revolving around the figure of Temperantia, depict the Four Elements, Air, Fire, Earth and Water, all in the guise of gods, and the Seven Liberal Arts complemented by Minerva, goddess of Wisdom. The meaning of scheme is not entirely clear but maybe associated with the study of alchemy, in which Briot had an interest. The 'Temperantia' plate was again copied in electrotype in the nineteenth century by Elkington & Co. and their silver version is presented every year as the Wimbledon Ladies Singles Plate, making it one of the most famous of all Renaissance objects. 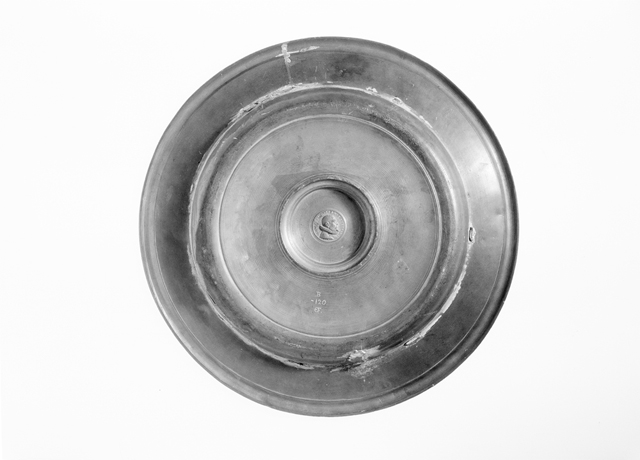 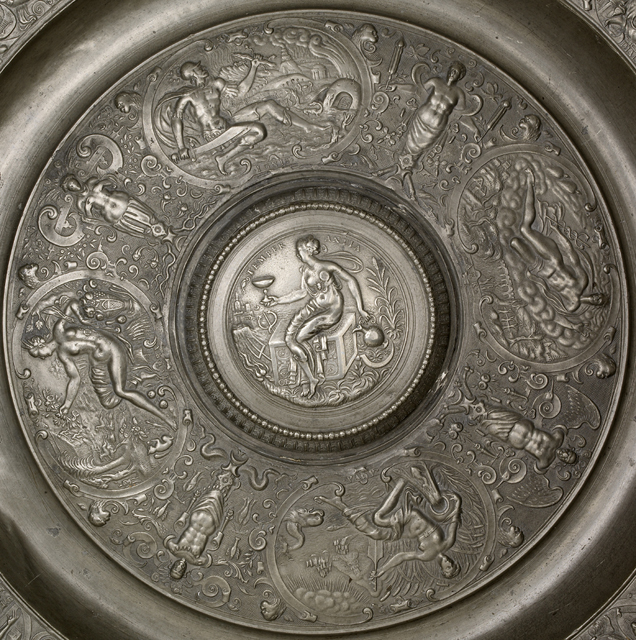 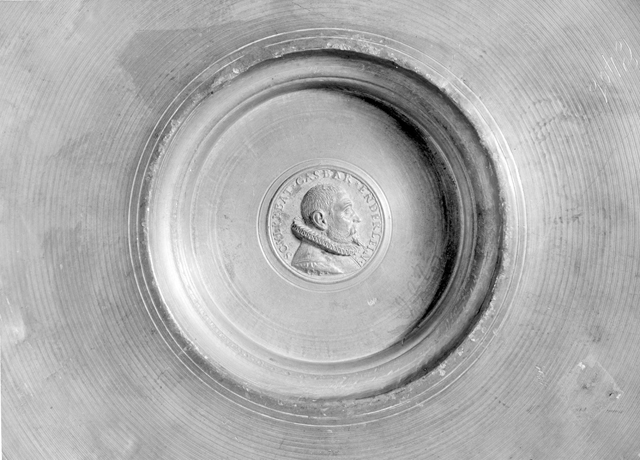 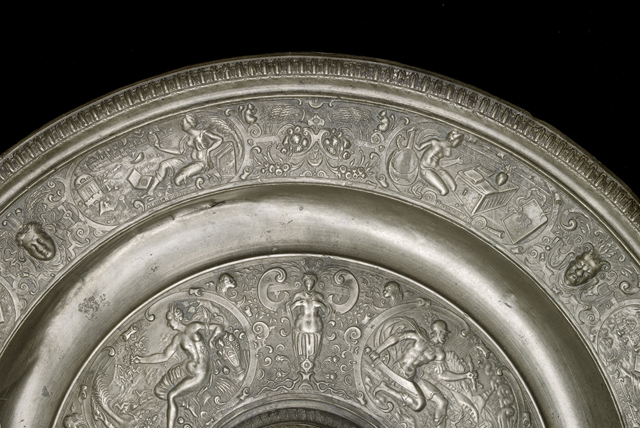 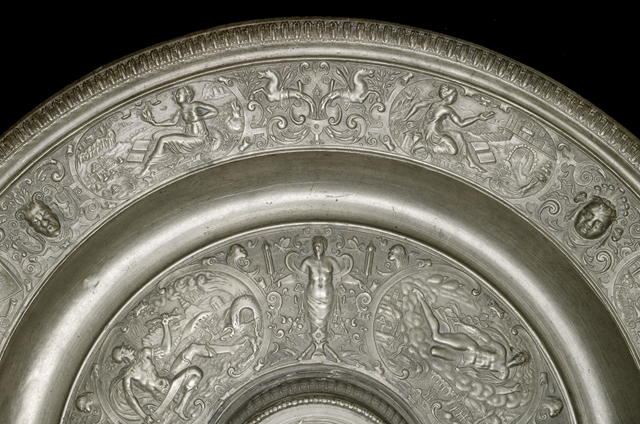 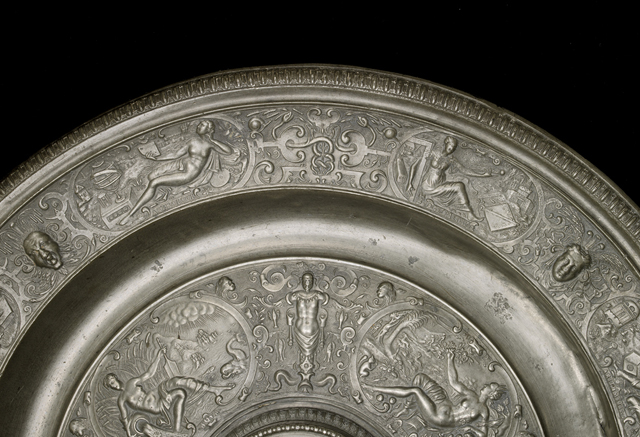 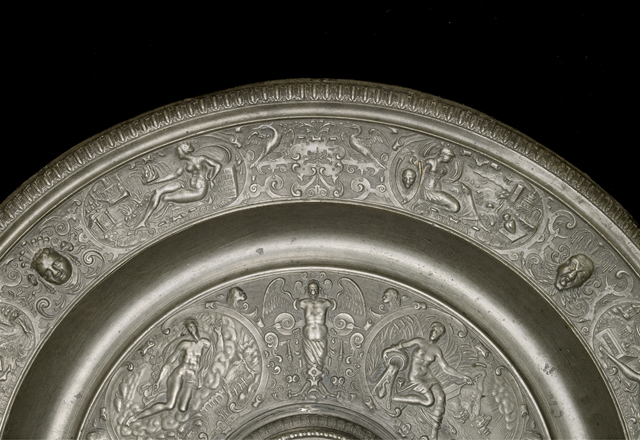 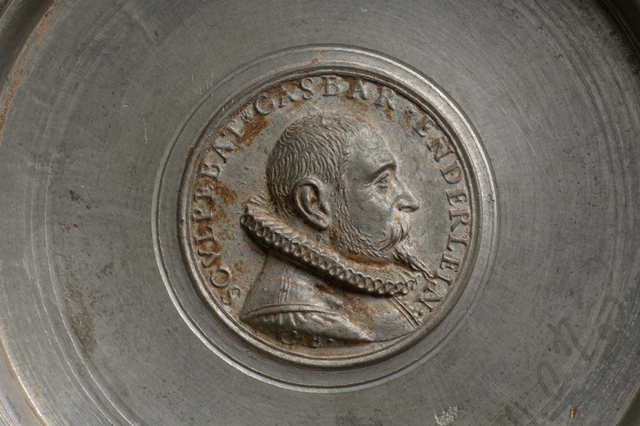 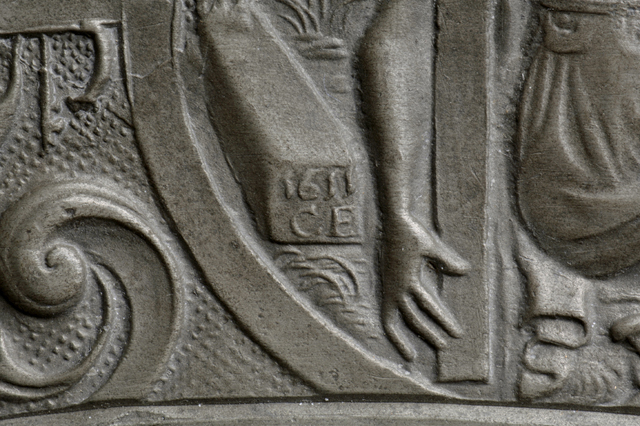 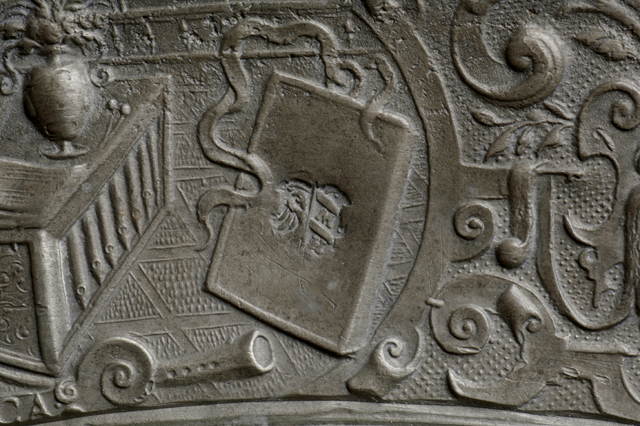 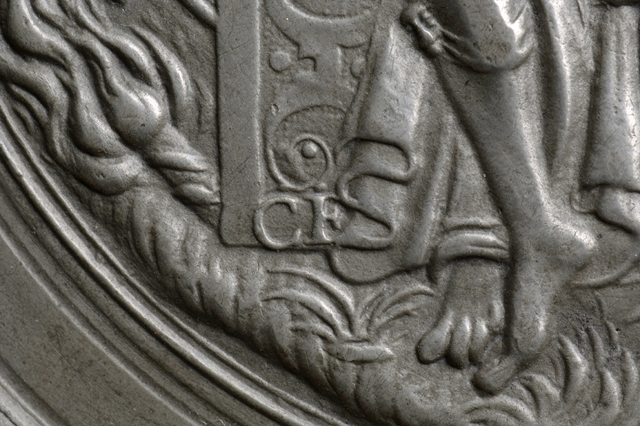