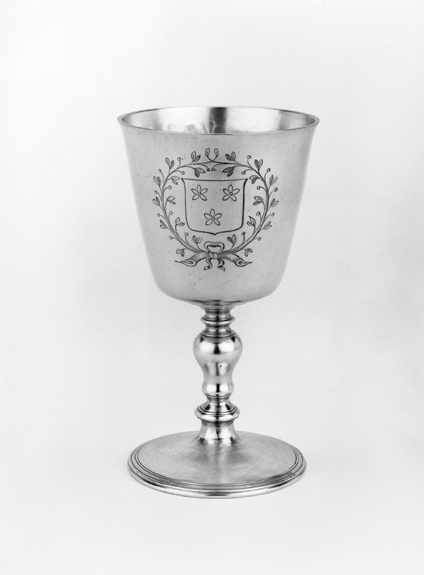 Marks/Maker: London, sterling standard, 1641-2, maker's mark I over W between two cinquefoils and a pellet for John Warren

Heraldry: Possibly the arms of Hamptonne of Jersey

This type of wine cup, generally quite plain apart from heraldic engraving or initials, appeared in the early seventeenth century, although few are known from before the second quarter of the century. Considerable numbers survive and several are known with this maker's mark. Their decline in popularity towards the end of the century is related to the birth of the English glass industry. 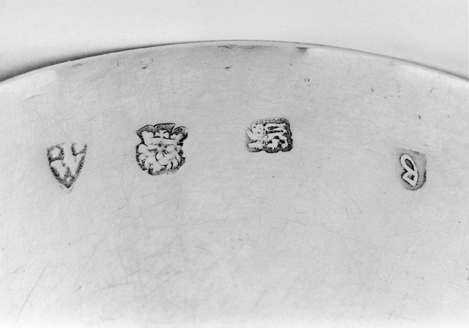