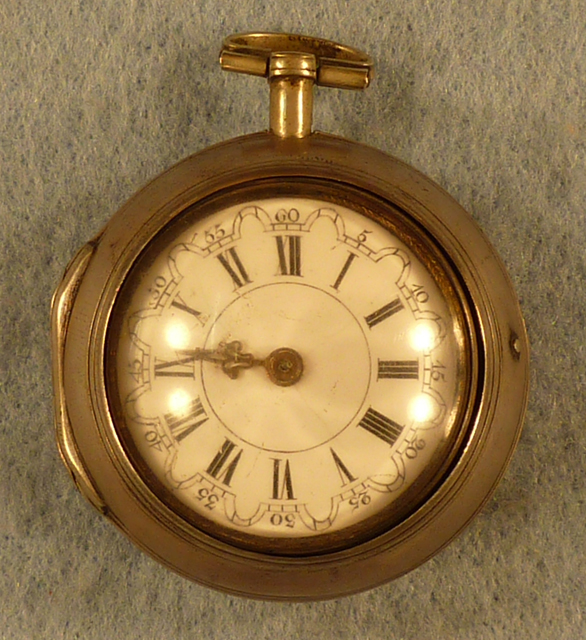 Inner case: inside, the case is punched with the case maker’s mark I·W with a crown above and the London hallmark date letter ‘f’ for 1781
Movement: Ramuzat, London
Outer case: an indistinct scratch mark in the back
O, 1781 and 1768

Cases: Silver pair-cases, the inner plain with hinged bezel and a winding hole in the back. On the inside, the case is punched with the case maker’s mark I·W with a crown above and the London hallmark date letter ‘f’ for 1781. Large stirrup pendant. Plain silver outer case punched on the inside with the maker’s mark SP in cameo, a letter ‘A’ in cameo and what appears to be a stylised letter ‘S’ also in cameo. Additional a punched mark appears to be a London date letter mark for 1768. There is also an indistinct scratch mark in the back. Inside the outer case is a paper disc printed with Dutch texts – probably from a newspaper. Also, there is a blue printed watch-paper of :- P. Haremaker Horologiemaker SCHERPENZEEL In manuscript on the back, the inscription: Wn Voort Luncler 1886 11m a15 Case Catch: A polished steel one-piece catch and spring with a large solid foot. Dial: A gilt-brass dial plate, with a hatched border to surround the dial, supports a white enamel dial with arcaded minutes around the outside, numbered 5-60 and Roman hours I-XII. Pierced gilt hour hand. Now only the central boss of the minute hand remains. Movement: Gilt-brass plates with four square baluster pillars. Gilt-brass mainspring barrel with tangent-screw set-up mounted between the plates. Fusee with chain and standard stop-work. Four wheel train, the centre wheel solid, the third wheel with three crossings and the contrate with four crossings. Verge escapement, the crown wheel running between a large potence with straight chamfered foot screwed to the inside of the back plate and a riveted counter-potence with adjustable bearing plug. Polished steel three-arm balance with spiral balance spring and Tompion style regulator, the silver index disc numbered 1-6 with arrow heads between. Pierced and engraved balance cock with a scallop shell at the junction and a screwed on red glass ? end-stone. The movement is signed: Ramuzat London There is no evidence for the existence of a maker with the name Ramuzat.London, however, a Jean Louis Ramusat is recorded in Geneva between 1755 and 1770. This watch has all the characteristics of a so-called ‘Dutch’ forgery and is most likely to be part of that whole export industry of cheap watches made in Geneva for sale in The Netherlands etc. The date letters in both cases could well be fake rather than reliable London marks but the watch certainly dates from the third quarter of the 18th century. 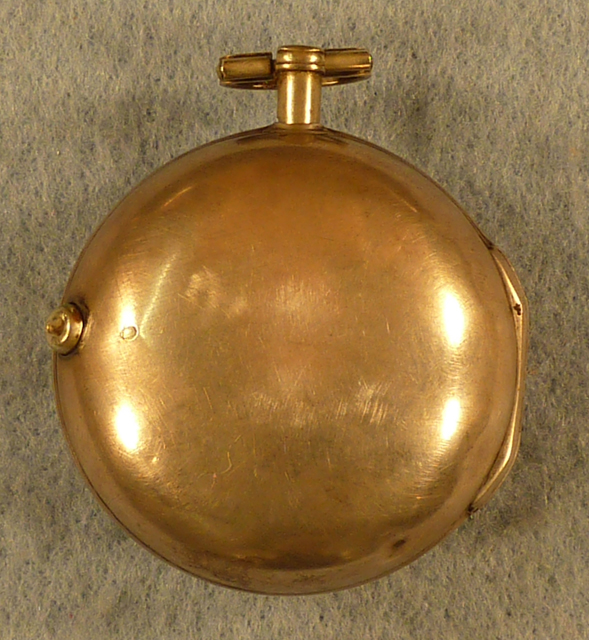 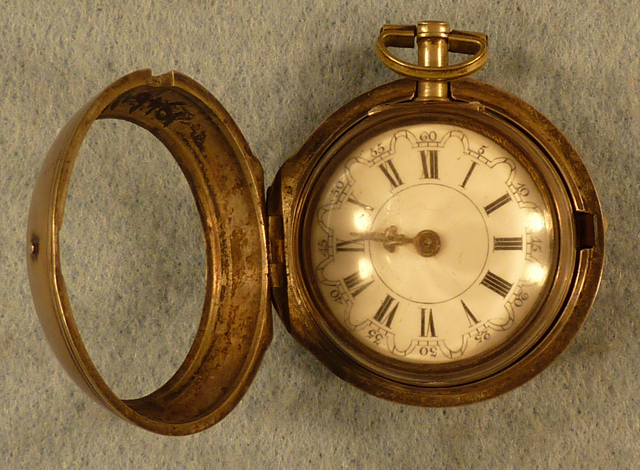 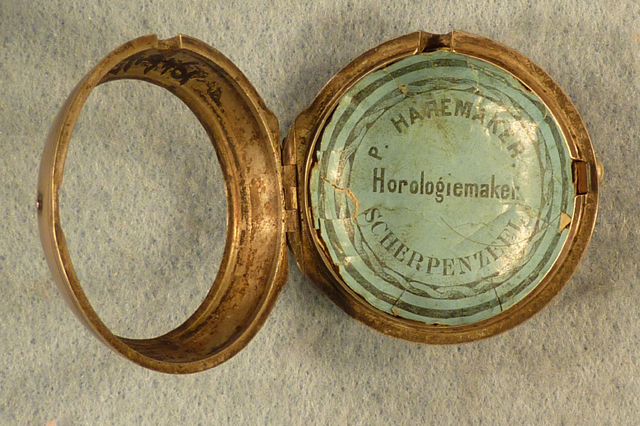 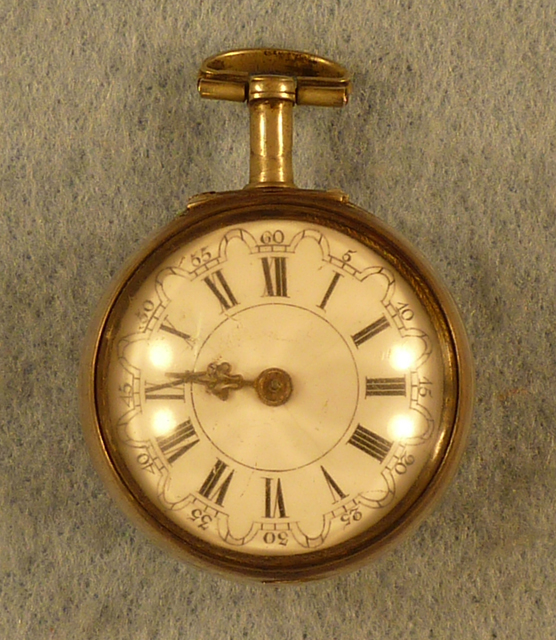 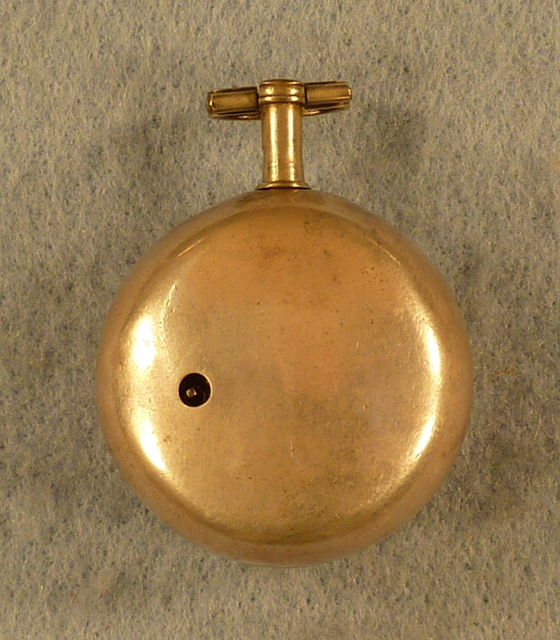 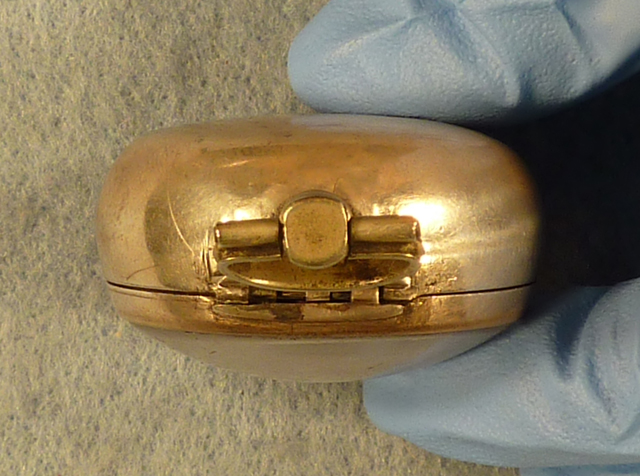 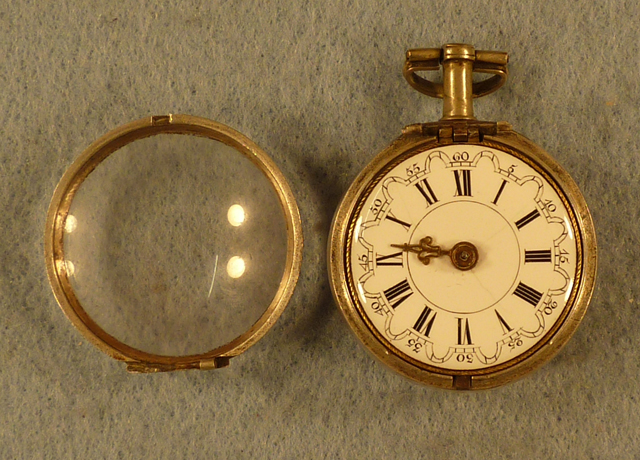 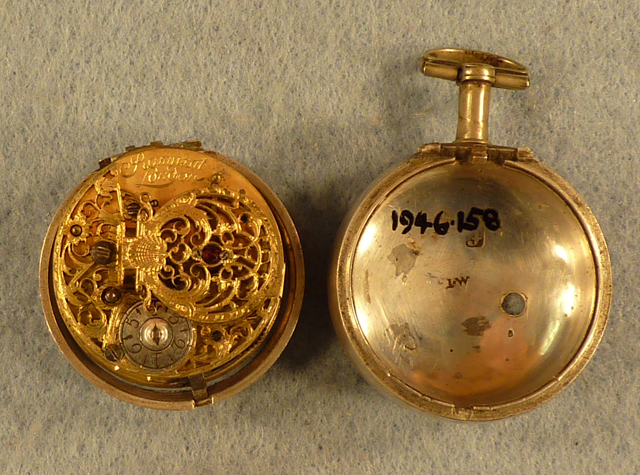 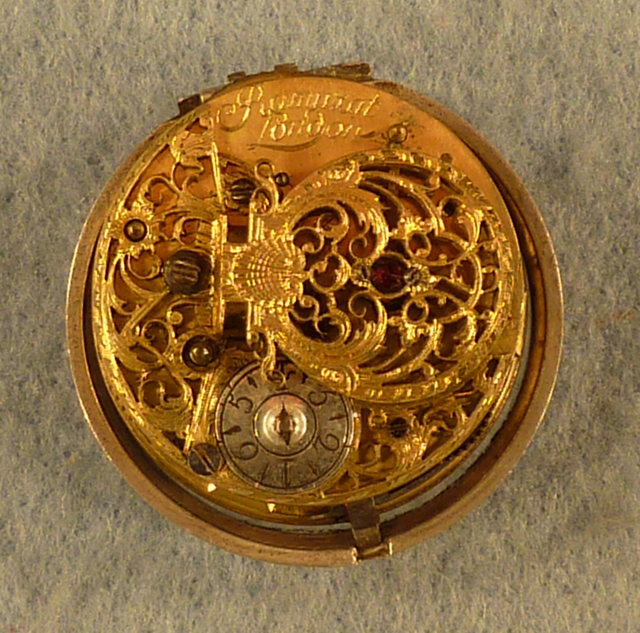 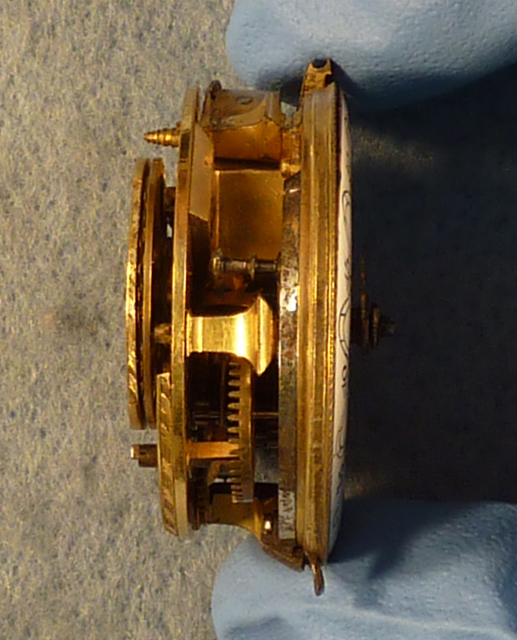 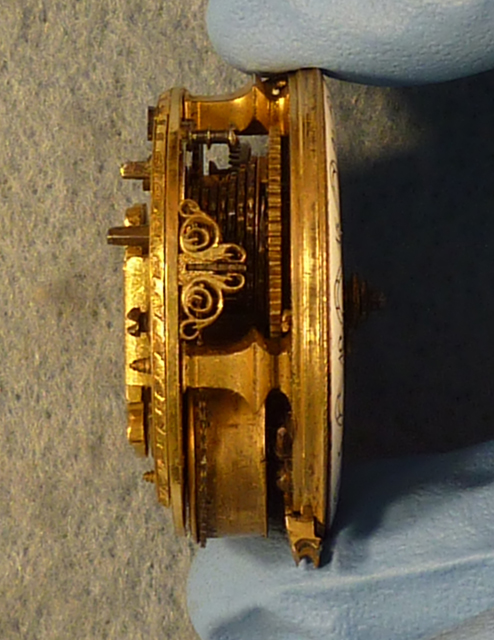