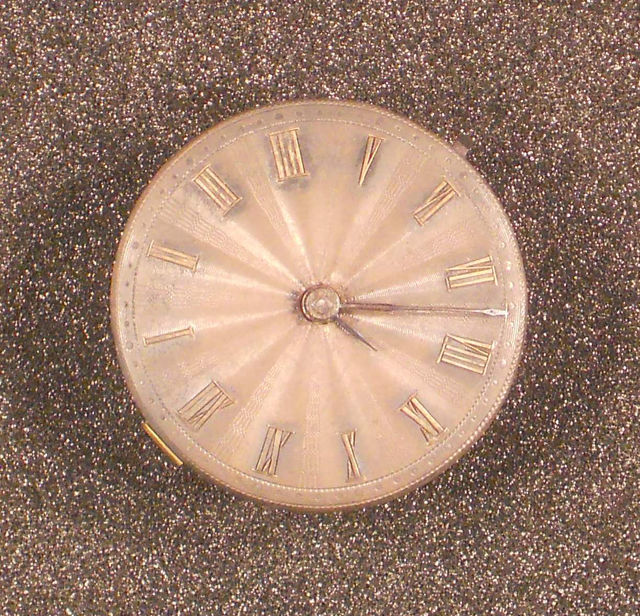 Case: missing. Dial: Engine turned silver dial with applied gold Roman numerals I-XII within a circle of dots for the minutes. Blued-steel hands, the hour hand broken and partly missing. Movement: Circular gilt-brass plates with four cylindrical pillars and a detachable barrel bridge. Mainspring barrel with set-up beneath the dial (ratchet type?). Fusee with chain and standard stop-work. Four wheel going train, the centre wheel solid, the third and contrate wheels with four crossings. The centre and third wheels are recessed into the front plate and run in a separate bridge. Verge escapement, the crown wheel runs between a screwed-on potence and a riveted counter potence with a separate bearing plug. Plain steel flat-rim balance, spiral balance spring with a Boseley type regulator registers against a scale engraved on the back plate inscribed SLOW –FAST. Plain balance cock with an endstone in a screw-retained setting. Movement signed; A Ortelli Oxford No.15468. Notes: A & D Ortelli, are recorded in the High Street Oxford between 1790 and 1846. The business was not recorded there in 1852.In 1846 there is also a reference to A & D Ortelli and Primavesi described as optical instrument makers and jewellers at 114 High Street, Oxford. This same firm also had a business at 49Hatton Garden, London, where they were described as Looking Glass makers. In 1839 a street directory has the following - Anthony Ortelli, Looking-glass & Barometer maker, Artificial Flower & Feather Manufacturer, and Silversmith. Bamfords Auctioneers provide the following:- “Andrea (Anglicised to Andrew) Ortelli was perhaps the most distinguished member of a large and widespread North Italian dynasty of carvers, gilders barometer makers. He was working at 114, High Street, Oxford (also as a clock and watch manufacturer) c. 1790-1846 with his brother Defendente Ortelli, also an optical instrument maker and jeweller. In 1846, they joined forces with Pietro (Peter) Primavesi, a London (Holborn) maker, and by 1849 had opened a shop at 49, Hatton Garden as Ortelli & Primavesi. The Ortellis, noted for their quality, were succeeded by their sons Peter and John, the business continuing in London until 1864”.

Presented by Evans Roberts through the Victoria and Albert Museum, 1917. 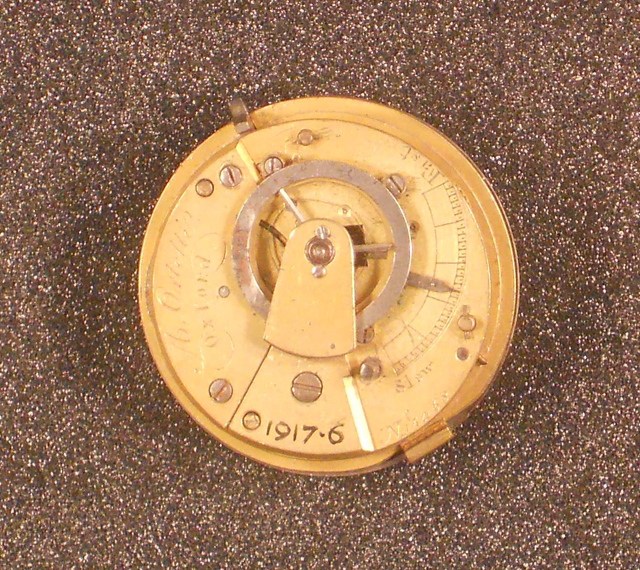 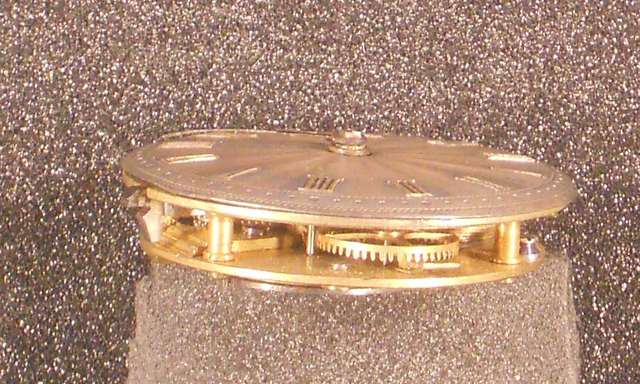 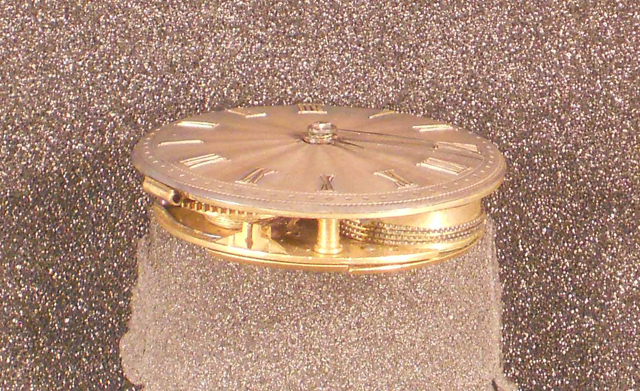 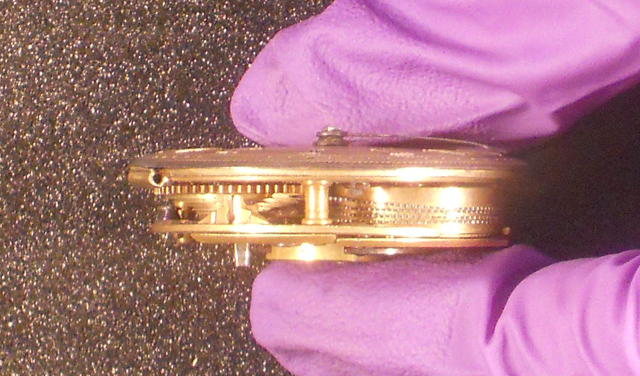