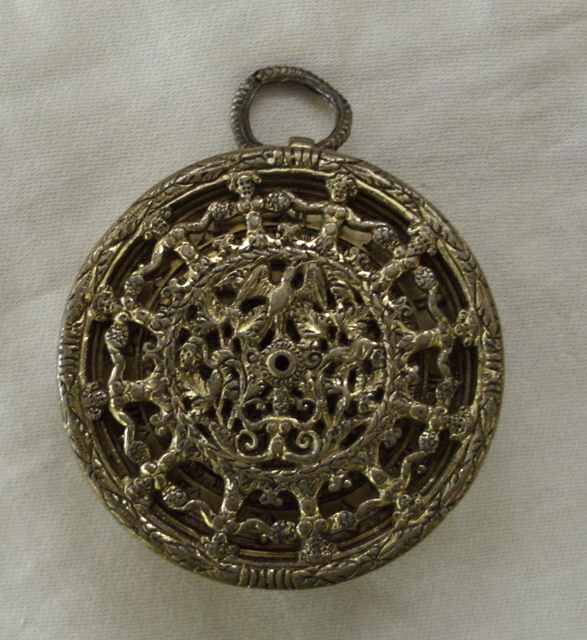 Case: Gilt-brass tambour case with hinged lid and back. The case band is cast and chased in relief, with foliate scrolls and animals over a hatched ground. The lid is pierced between a circle of caryatid figures with linked arms which obscure the hour numerals on the dial beneath. The back has a border chased in a similar manner to the band but here the subject is a hunting scene with huntsman, hounds and a boar. The central area has a depiction of Geometry. Dial: Gilt-brass and integral with the case. Hours I-XII and 13-Z4 with T-shaped half-hour marks and a quarters circle of alternate hatched and plain rectangles. Touch-pins at the hours. Decorated with a star-burst in the central area. Movement: The all steel movement has four pillars rivetted to the back plate in the usual German manner. Going train driven by an open mainspring with stackfreed mechanism (the brass stackfreed cam is a later replacement). Four wheel train terminating in a verge escapement with dumb-bell balance and hog's bristle regulator. The movement is held in the case by two latches. Notes: 1. The manner in which the case is chased against an unusual form of hatched background, the fact that the back is pierced with a solid disc fixed inside and that the hour numerals are obscured by the lid, suggest that this case is modern. Literature: Gerhard König, Die Uhr, Berlin 1991, ill.50-52 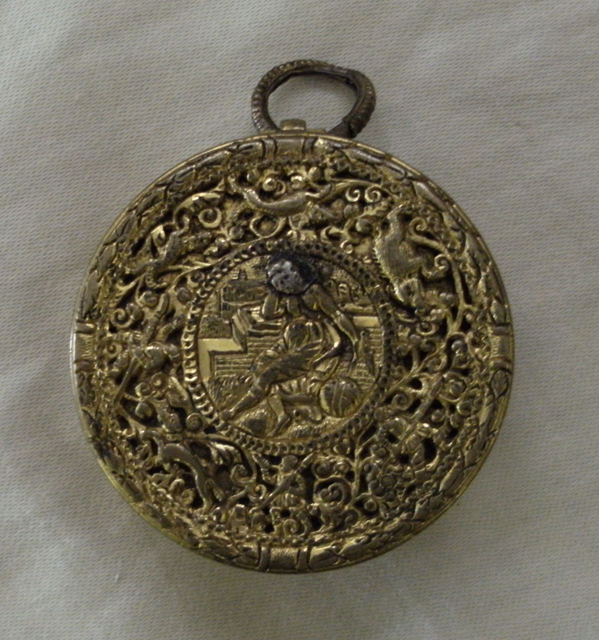 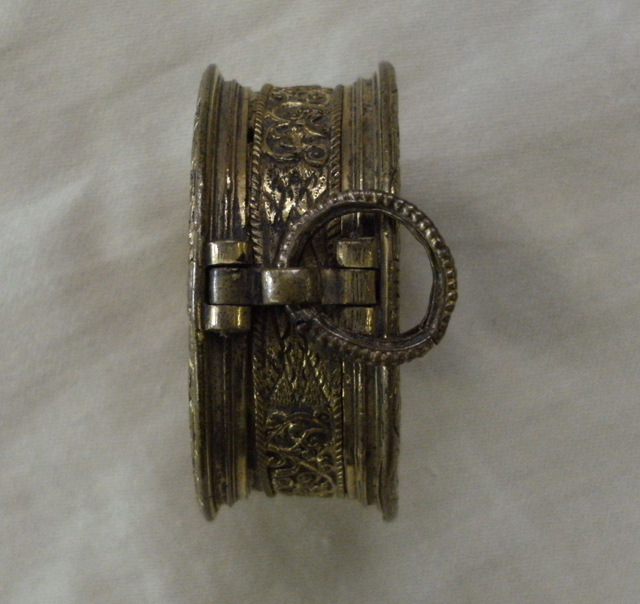 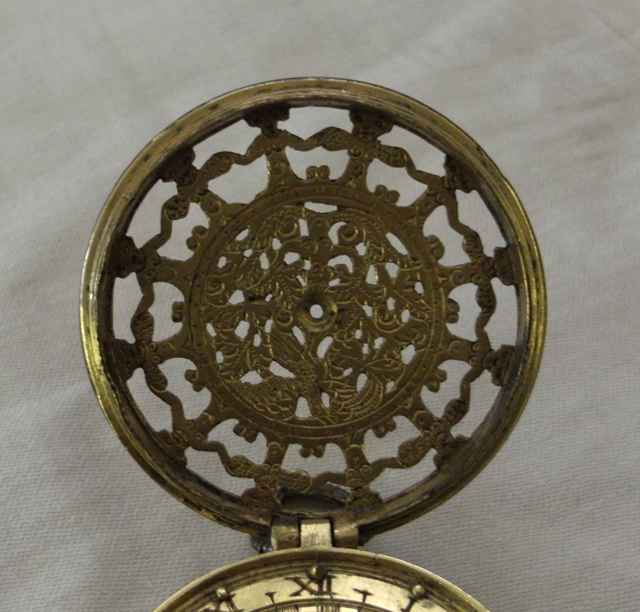 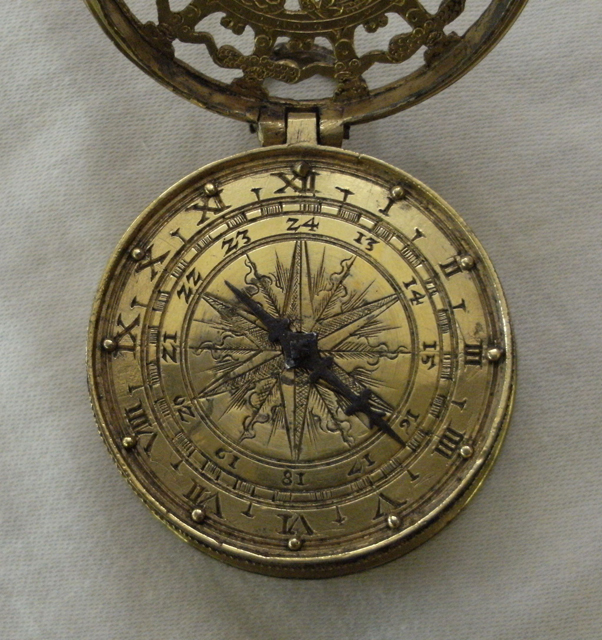 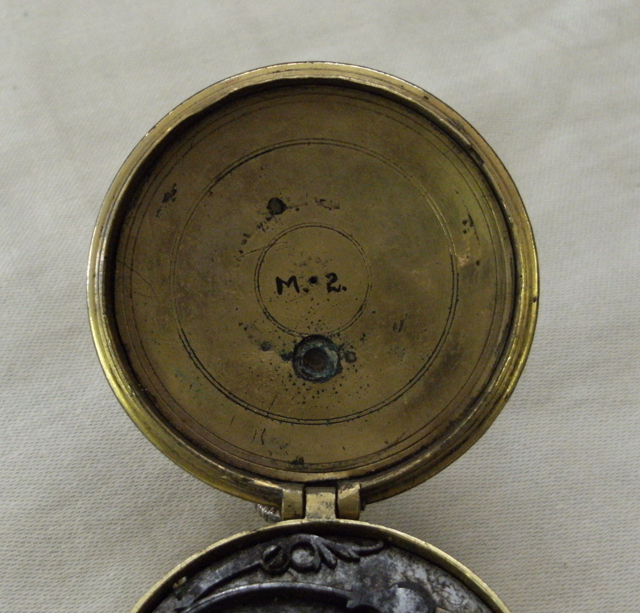 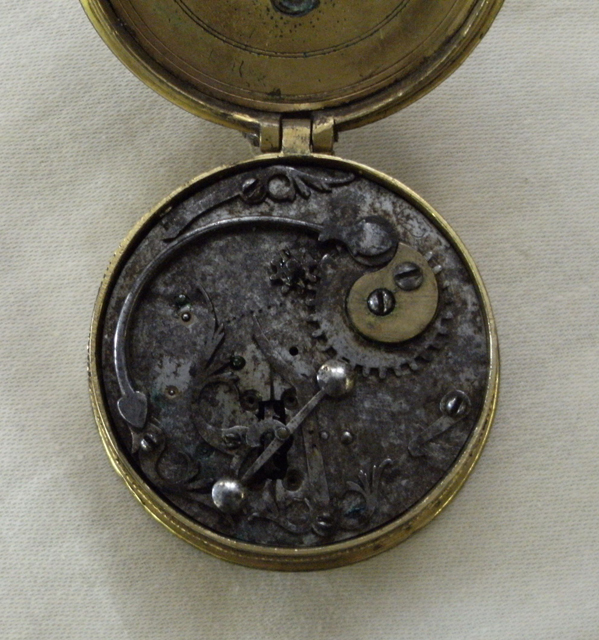 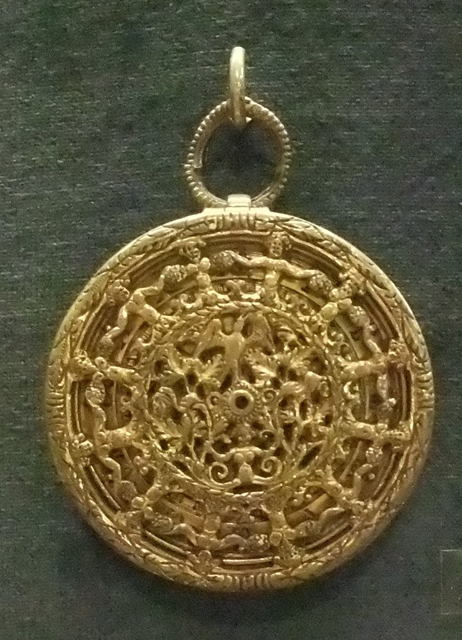