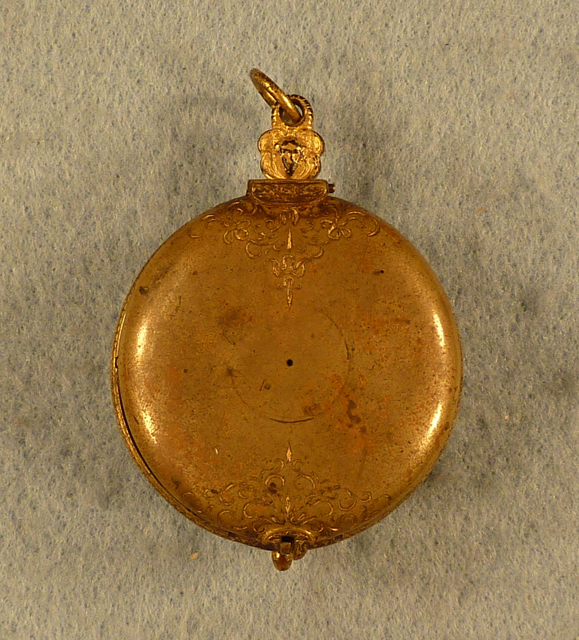 Case: A gilt-brass case with integral back and hinged lid. The band is pierced and engraved with foliate scrolls incorporating a hound and a hare on each side. The back and cover are plain. Later gilt-brass pendant with mask and loose ring. A small finial at the bottom. There are rosettes around the bases of the pendant and finial. Inside the back is a bell with obvious turning marks on the inside. The hinge block has been replaced. Case Catch: Missing. Dial: A slightly domed gilt-brass dial, the outer circle engraved with floral scrolls, birds and a rabbit. The raised chapter-ring has hours I-XII and * half-hour marks. The central alarm-setting disc is numbered 1q-11 and has a pointer at 12 to indicate the time. The disc is engraved with foliate scrolls, rabbits and snails. Four lugs in the dial edge engage in recessed in the top of the case rim. There is a blued-steel alarm-setting hand in the middle (see note below). Movement: The circular movement is has two bayonet lugs for attachment to the dial back, one locked by a latch. Gilt-brass plates with four baluster pillars riveted to the back plate and pinned at the front. Later plain brass barrel with bow and arrow set-up. Fusee with gut-line and standard stop-work. Four wheel train of gilt-brass wheels., the second, third and contrate wheels each with three crossings. Verge escapement, the steel two-arm balance and the pierced balance cock pinned to a stud on the back plate are not original. The counter-potence has also been replaced. Alarm train driven by a plain gilt-brass barrel which appears to be riveted to the back plate. The mainspring has geared stop-work mounted on the back plate. Three wheel train of solid gilt-brass wheels and a solid steel crown wheel. The crown wheel runs in a large gilt-brass bock screwed to the back plate. The system also has a sliding locked formerly retained by a spring on the back plate. Now only the spring foot remains. The movement is signed in a circle around the verge opening in the back plate: Michael Nouwen fecit London 1600 Dimensions: Case: diameter 51.5 mm, thickness 26.1 mm Movement: diameter 42.6 mm, between plates 9. mm Notes. There is no square inside the case for the fixing of the bell, which also has a simple hole in the centre (i.e. not squared). There are plugged holes in the back plate, in the border near the alarm stop-work. The form of alarm-setting is the later type in which the disc rotates to indicate the time and the central hand is rotated to set the alarm time. At the early date of 1590, the system should consist of a single hand to show the time and a manually adjusted alarm setting disc in the centre, which is turned until the required alarm time is indicated against the tail of the hour hand. The hinge is arranged with the case body elements at the outside followed by the two lid elements inside and then a single longer element for the dial - an unusual arrangement. The arrangement of the hinge lugs is unusual being at III, IV2, VI2, and IX. The watch has perhaps a Germanic style in relation to its construction. The use of a four-wheel going train and a slide-stopped alarm system is commonly associated with Germanic stackfreed watches rather than Flemish tradition. 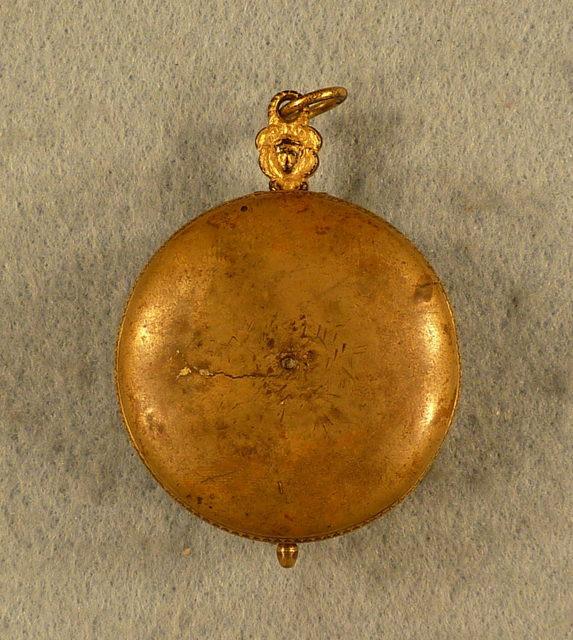 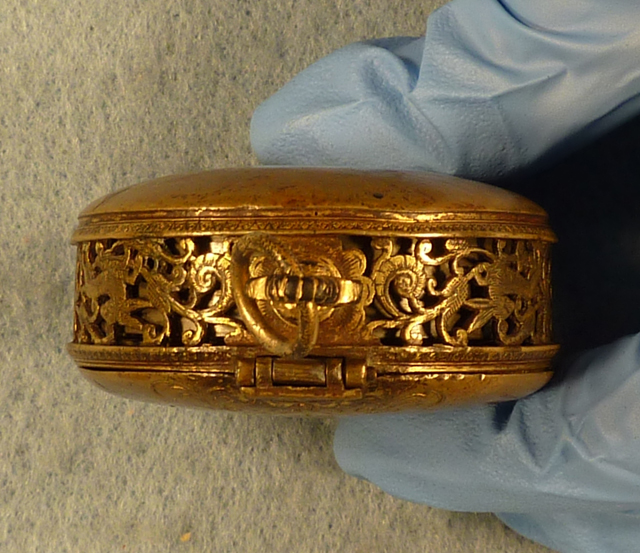 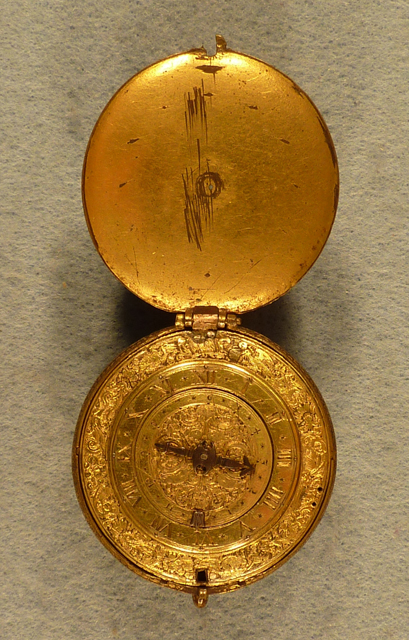 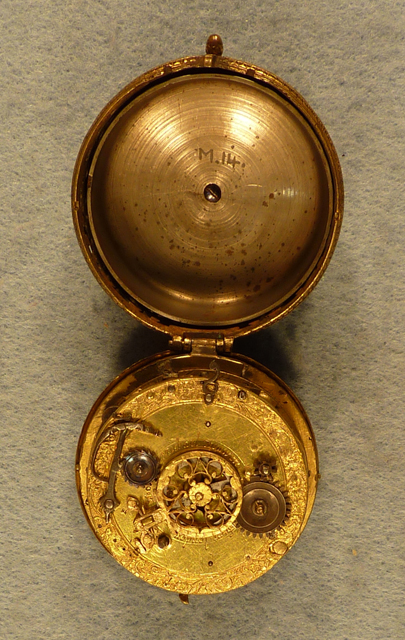 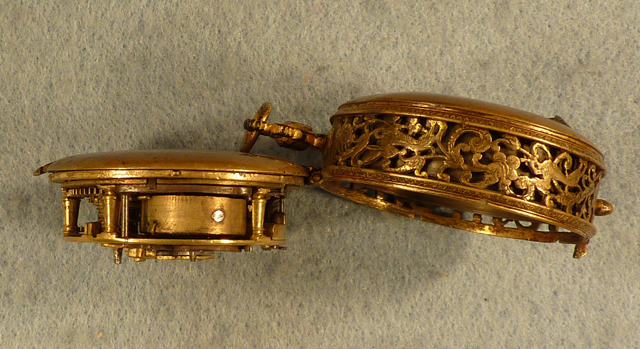 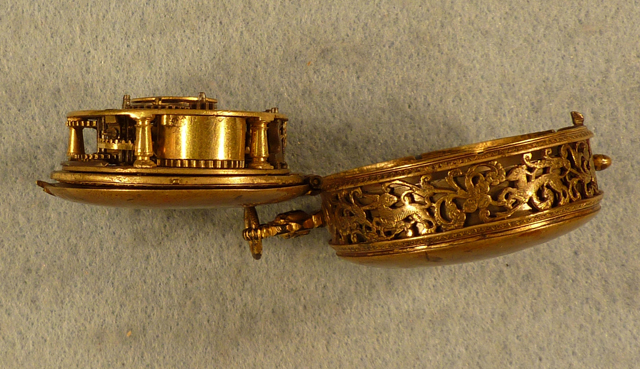