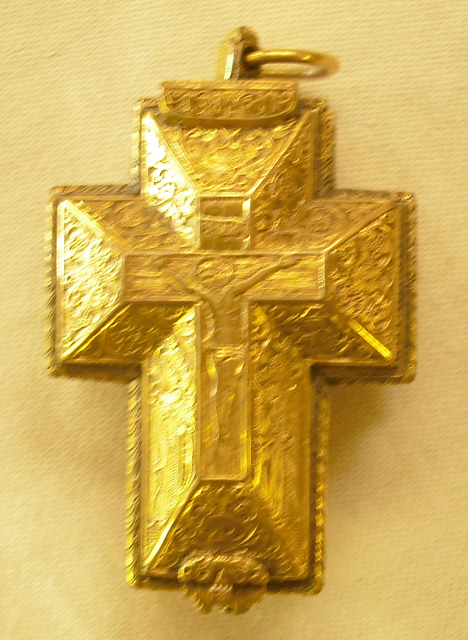 Jean Rousseau
Anonymous, French or Swiss
Gilt-brass and silver cased verge watch in the form of a crucifix

Case: Cruciform gilt-brass and silver case engraved with The Crucifixion, The Virgin and Child, angels, flowers and scroll-work. Dial: Silver cruciform dial, engraved with The Resurrection and the All-Seeing Eye. Applied silver chapter-ring with hours I-XII, cross-shaped half-hour marks and a quarters circle. Movement: Cruciform plates with baluster pillars; mainspring barrel with tangent-screw set-up; fusee with gut line; three-wheel train; verge escapement with screwed-on potence and counter potence; pierced foliate balance cock, screwed to the back-plate. Signed on the back-plate: Jean Rousseau Notes: When this watch appeared in the sale of the Sternberger Collection, it was described as unsigned and given a possible French origin. The movement has characteristics which suggest that it might be a completely modern fabrication. This may also be true of the case which has a very uncharacteristic symmetrical design for the engraved decoration and which also shows little evidence of wear for its supposed age. 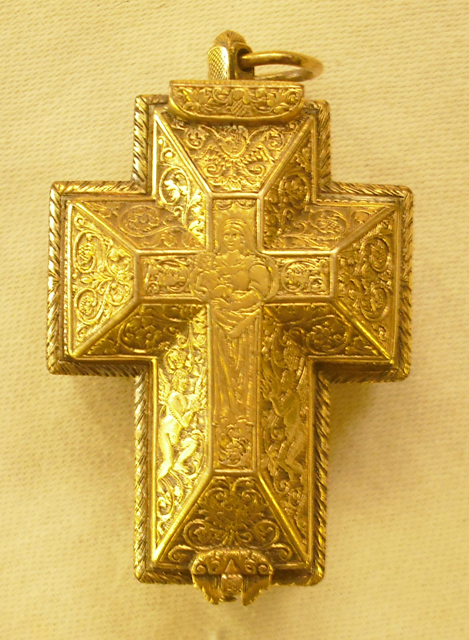 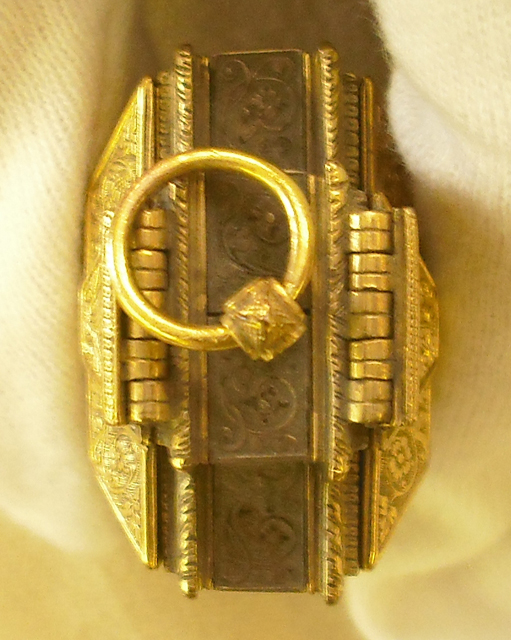 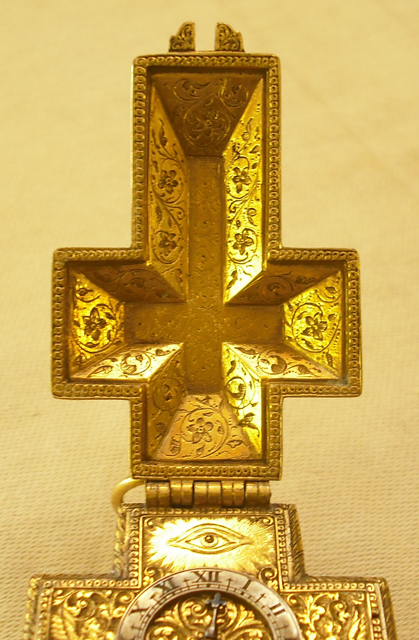 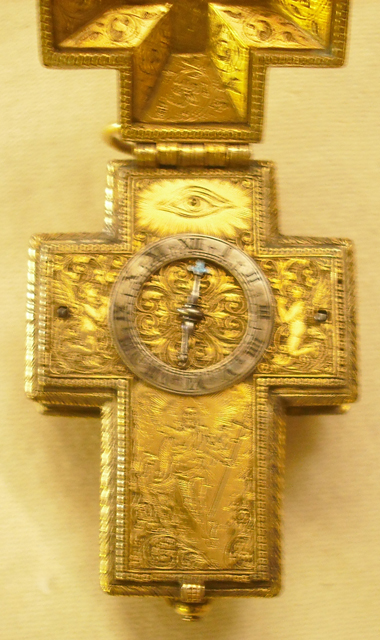 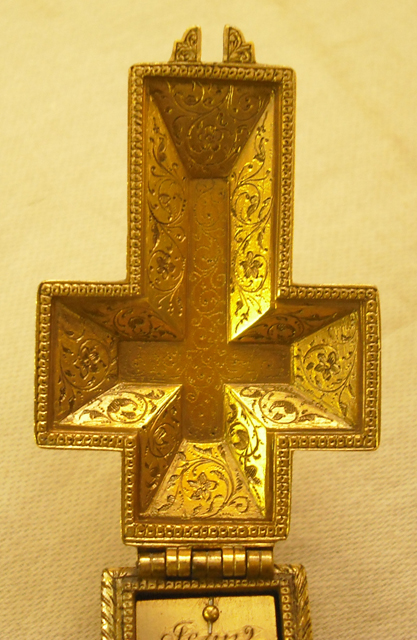 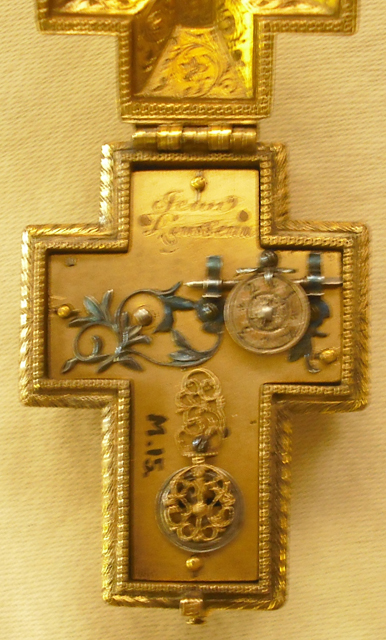 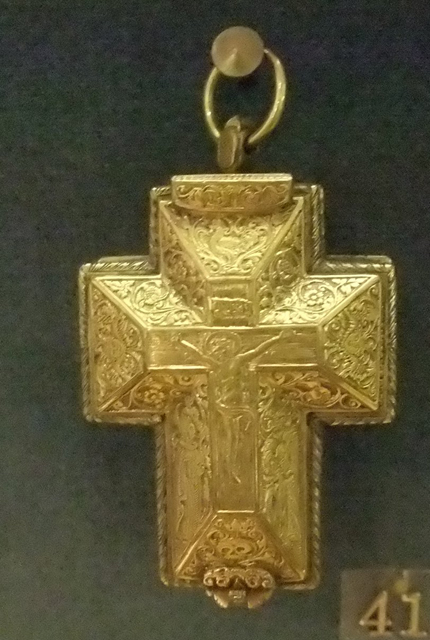