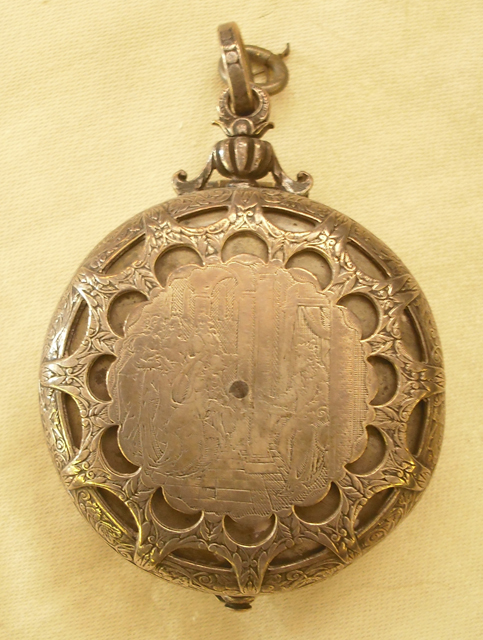 Case: Silver case with hinged lid and integral back, the outside of the case now badly rubbed. The band is pierced with an open twist design. The back is pierced with foliate scrolls around a central solid panel engraved with a scene from the Book of Esther. The lid is decorated in a similar manner to the back, the central panel showing the Banquet scene also taken from the book of Esther. Large elaborate silver pendant. Dial: Gilt-brass dial-plate with a pinned-on silver dial. The dial has bead and reel decoration surrounding an applied silver chapter-ring with hours I-XII, heart-shaped half-hour marks and a circle of dots at the hours around the inside. The central area is engraved with a further scene from the Book of Esther showing Esther kneeling before King Ahasuerus while Haman hangs from a gallows in the background. Single blued-steel hand. Movement: Circular gilt-brass plates with four rectangular pillars rivetted to the back plate and each pillar minutely engraved with a figure. An engraved scroll border around the edge of the back plate. Open mainspring with stackfreed, the components all later replacements. Four wheel going train of steel wheels, the contrate wheel now missing; verge escapement with steel crown wheel and dumb-bell balance, the latter also a replacement. The balance cock, pinned to a stud on the back plate, is a later modification. Key operated hog's bristle regulation. Striking train with open mainspring, only the great wheel survives. Steel count-wheel mounted on the back plate. Movement inscribed: 1542 (through the gilding on the front plate; otherwise unsigned). Literature: Baillie, Watches, 1929, pl. XIX.2. Notes: This watch consists of a marriage of a case and dial, almost certainly French in origin and dating from about 1625 with a South German stackfreed movement possibly from Munich and dating from c. 1590. 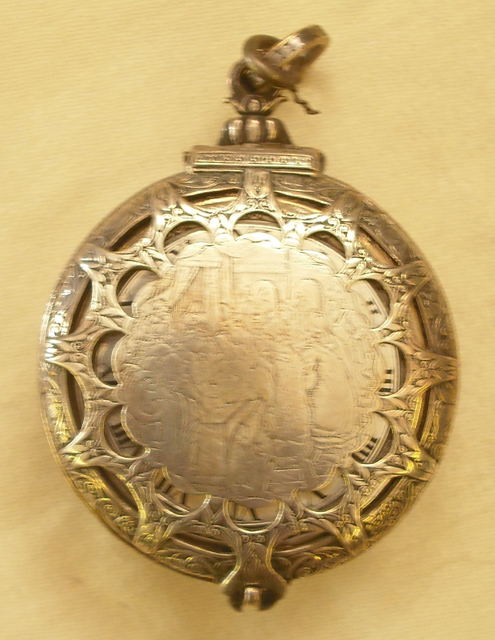 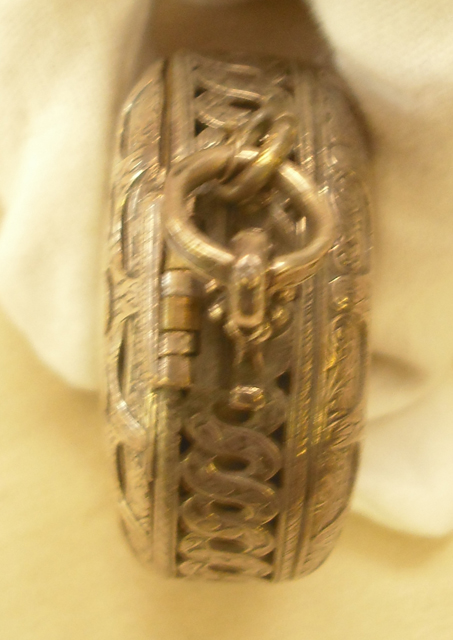 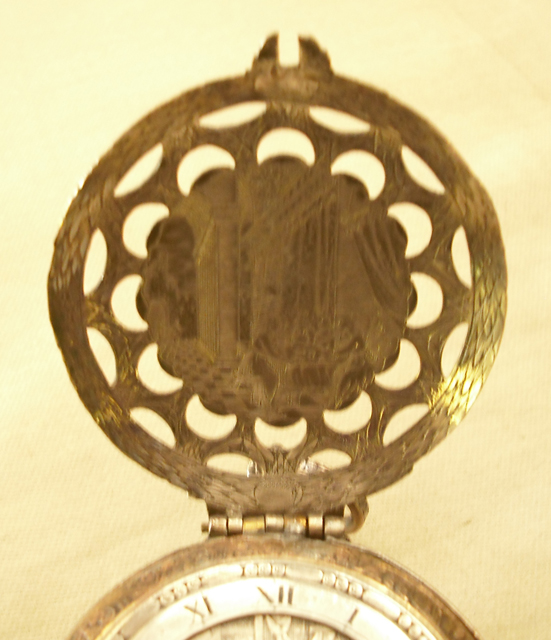 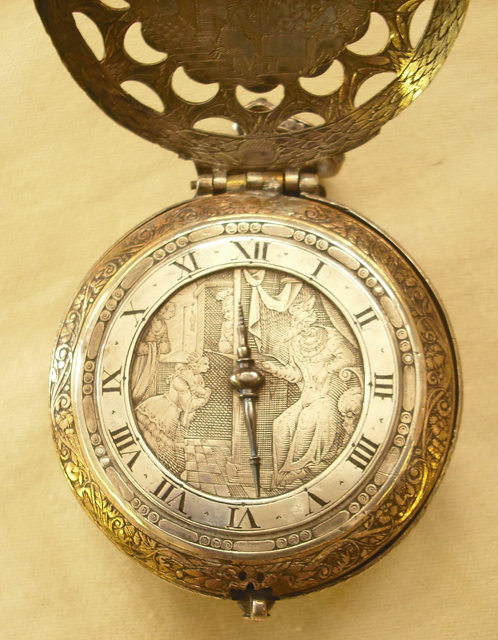 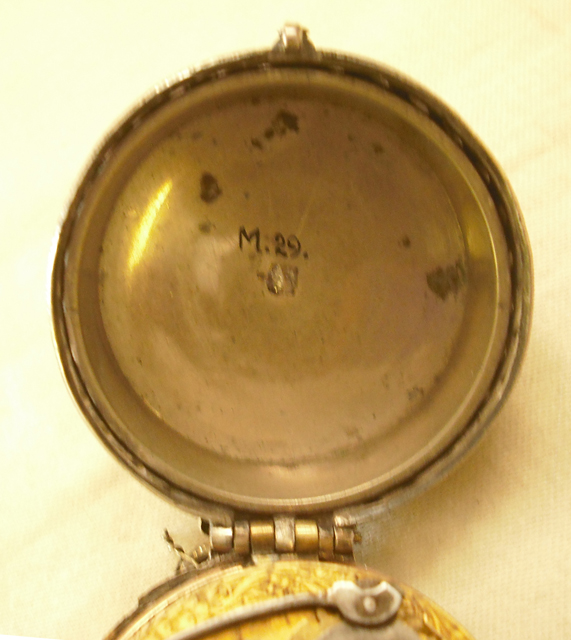 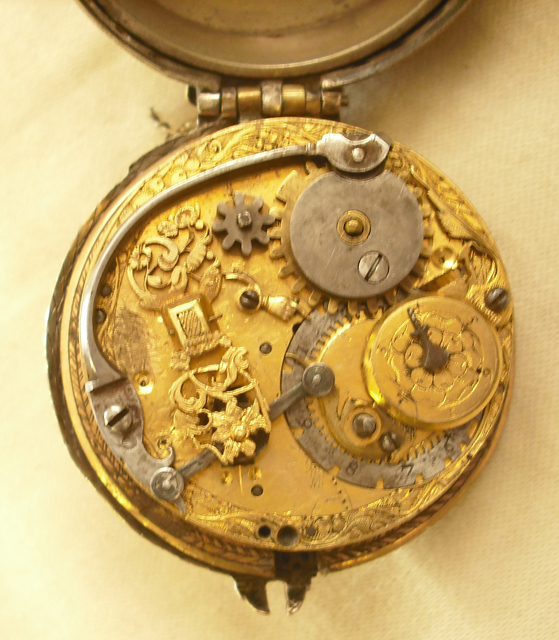 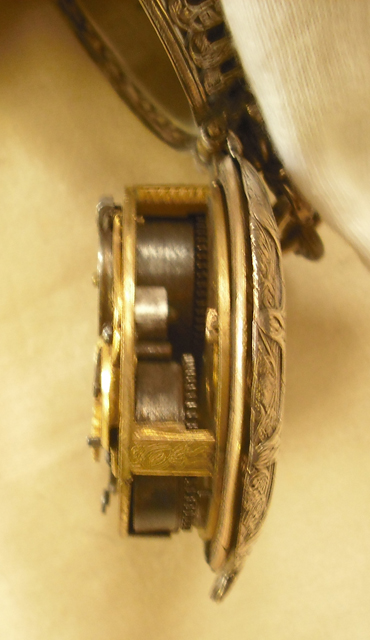 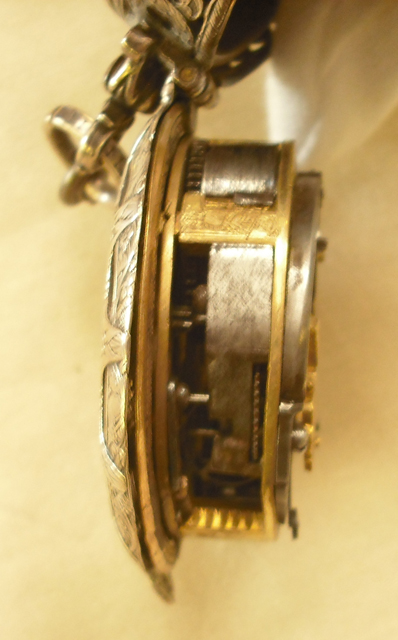 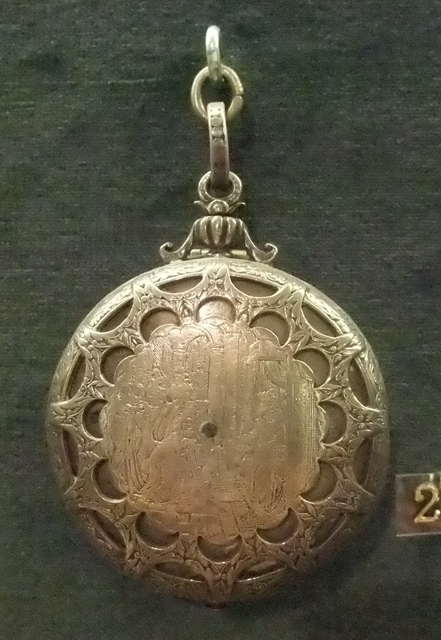